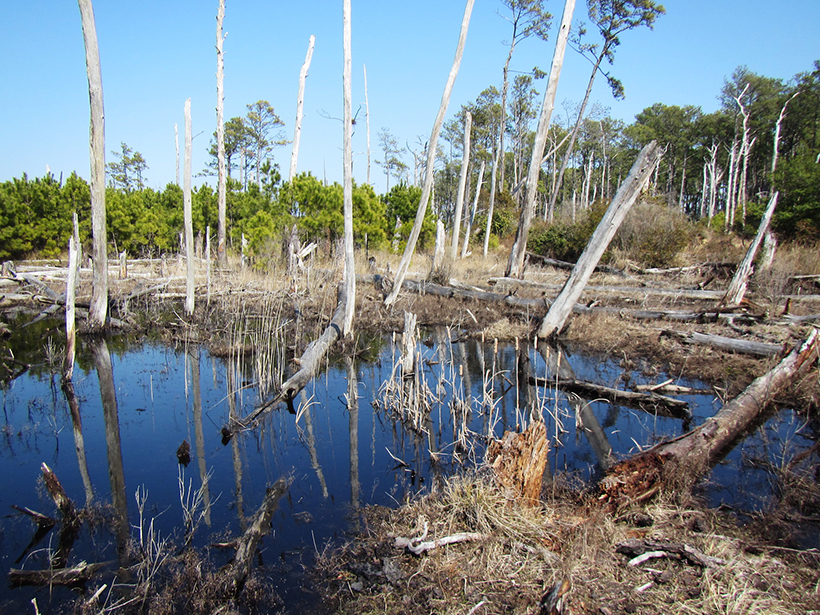 We are looking for an administrative project manager to a PARIBAS-funded international project:

A region in the planet that outstands for its marked increase in extreme events is Central America (CA) (Mesoamerica + Caribbean) (3-4). This region has long been dubbed the miner’s canary of climate change (5) due to three reasons:

The first, the region has suffered a steady increase in extreme events since the 70s in the form of floods, droughts, heat waves, and hurricanes (6). In the period 2010–2018, 62 tropical storms (11 Hurricanes>category 4) occurred in the Caribbean basin compared to 28 (6>category 4) in the 80s (7). In line with this increment, Caribbean hosted the multi record-breaking hurricane seasons of 2017 and 2018 (8) with more named storms than ever recorded, simultaneously active storms, and extra-tropical landings. Some islands like Bahamas, Barbuda, Dominica, Turks and Caicos, Antigua or Puerto Rico suffered such severe socio-economic and ecological damages that their economies remain disrupted two years after (9).

The second, the region hosts 7 out the 36 most water-stressed countries in the world (out of 183) (3), and there is scientific agreement that the region hosts a drying trend since the 70s particularly affecting the Central American Dry Corridor (Guatemala, Honduras, El Salvador, Nicaragua) (4).

The third, increasing exposures to climate hazards combine with increasing social vulnerabilities in a region of 45 million inhabitants where rural population reaches up to 50% in some areas, some of them bordering poverty lines (4,6).

Recognized as a World Hotspot of Biodiversity (10), Central America is a natural laboratory to understand the impacts of climate extremes on biodiversity. The area hosts two biological corridors, the Caribbean (Cuba to Puerto Rico) and the Mesoamerican Biological Corridors (Mexico to Panama). These are biological passageways that connect the Greater Antilles (West-East), and the American Continents (North-South), hosting nearly 1,120 bird species. They also provide critical winter habitat and stop-over points for about 225 species of migratory birds.

Besides its terrestrial diversity, the region also harbors exceptional marine diversity through its Caribbean and Mesoamerican Reefs Barriers. These are unique coral reef systems extending ca 1000 km each, from West to East (Cuba-Puerto Rico) and from North to South (Yucatan-Honduras). They support more than 65 species of stony coral, 350 species of mollusk and more than 500 species of fish. Increasing human populations and associated rural-dependent lifestyles place increasing pressure over the valuable habitats of Central American landscapes and seascapes.

The impacts of extreme events are, therefore, building on already human-degraded ecosystems, highlighting the need for more efficient management and conservation measures. Whilst our capacity of monitoring extreme events is increasing, their effects on biodiversity are not yet fully understood, nor properly monitored (11).

Research on the responses of birds to the Mega-Hurricane seasons of 2005 and 2017 highlight decreases in species richness and abundances, with severe implications for the survival of critically endangered endemics (11-13). On the other extreme, the ENSO drought and heat waves of 1998, 2015-2016, 2017-2018 have systematically resulted in regional bleaching and emergent coral diseases (14-15). In spite of these negative responses, the majority of these studies focus on less than one year after the disturbance and do not follow species nor ecosystem recovery over time (11). This constrains our understanding of how resilient species and ecosystems are to changing patterns of extreme events.

From a management perspective, regardless of the responses of biodiversity to extreme events, they always come mediated by habitat destruction. Adaptive management must therefore focus on habitat protection and connectivity (11). Because the climate events highlighted in this proposal primarily impact the coastal region, we will focus on habitat destruction of mangroves and reefs. Whilst there is growing evidence that Central America is seeing unusual increases in its climate extremes, the unanswered question for conservationists and policy makers is how resilient is coastal biodiversity to these new climate ‘ab-normals’ in the short and long-term? and how does this translate into efficient and effective conservation programs and policies?

Supported by an impressive array of European and regional partners, this research will be led by the Spanish Research Council – National Museum of Natural Sciences (CSIC-MNCN), in close coordination with the Centre for International Forestry Research (CIFOR) and its USAID-funded project SWAMP Program (Sustainable Wetlands Adaptation and Mitigation). This consortium will make use of citizen science databases, including both terrestrial and marine ecosystems to answer these and other questions. The aim is to offer insights to support regional conservation strategies in this new era of climate ‘ab-normals’ and to disseminate them through a creative range of means including a documentary, museum exhibitions, school visits, scientific papers and policy-science debates.

2. OBJECTIVES OF THE PROJECT

The project focuses on understanding the vulnerability and resilience of Central American (Caribbean and Mesoamerican) coastal ecosystems (flora, birds, corals and fish) to the increased frequency and intensity of hurricanes and droughts, with the aim to support conservation planning in the region. Flora will relate exclusively to mangrove trees (there are only five species in the region), and birds will exclusively focus on coastal birds, ideally mangrove specialists. More specifically, we will:

1. Characterize and map the extension and properties of hurricanes and drought episodes since the 80s and their degradation effect on mangroves and reefs.

2. Assess the impacts of intensified extreme events (hurricanes and droughts) on the vulnerability and resilience of coastal biodiversity (flora, birds, reef species), through a gradient of habitat damage (mangroves and reef ecosystems).

3. Assess the role of protected areas and conservation management to promote resilience in the affected species.

4. Model biodiversity scenarios for coastal ecosystems under future regimes of extreme events in the region.

6. Open a science-policy debate on pathways to promote coastal biodiversity conservation under intensified climate extremes in the region, particularly for mangrove and reef ecosystems.

To support the high-impact and long-term application of our outputs, we count on engaged partners that will remain working in the region. We thus count on partners working on marine monitoring and protection (Healthy Reefs for Healthy People; The Autonomous University of Santo Domingo and its marine monitoring unit, UN-Environment Caribbean Biological Corridor; or the Smithsonian Institute Marine Conservation Center); on bird monitoring and protection (SOPI-Sociedad Ornitologica de Puerto Rico) and the collaboration of the Audubon Society (although not an official partner of ours). On mangrove research, including Blue Carbon, we have CIFOR (Centre for International Forestry Research) who has been working in the region under USAID-SWAMP Program funds, CATIE (Centro Agronomico Tropical para la Investigacion y la Ensenanza) a founding member of the Blue Carbon Initiative, STRI-Panama running research on mangrove die-back, NASA (with a collaborator of ours just publishing this week in Nature on mangrove structure and hurricanes), CINVESTAV-Yucatan (with long term research on sustainable use and restoration of mangroves), UNAM-Mexico (collaborator of CINVESTAV). We also count on Governmental organizations such as CONABIO in Mexico (Comision Nacional para el Uso y Conocimiento de la Biodiversidad), SENACYT-Secretaria Nacional para la Ciencia y la Tecnologia-Panama, and the Ministry of Environment of the Dominican Republic with coastal legal frameworks and conservation action very high among their presidential goals. All these partners count on a long-term presence in the region and directly influence or lead policy making and action on the ground.

4. ROLES OF THE CANDIDATE

We are searching for an administrative manager and project coordinator to perform the following roles:

• to support the project leaders with the administrative, financial, and legal complexities of an 8-partner, 8 country, regional-focus international project on coastal and marine biodiversity resilience to extreme events;

• to support the timely preparation and timely delivery of project outputs;

• to liaise with the legal and financial departments of the CSIC and the partner’s focal points to support the timely implementation of legal (LoA, MOU, etc) and financial aspects of the project (fund transfers, etc);

• Any other support needed for the effective and efficient implementation of the project.

4. PROFILE OF THE CANDIDATE

• Previous experience in CSIC’s administrative, legal and financial systems and regulations would be considered an advantage.

• Basic legal management experience (support to LoA/MoU development and follow-up with partners until signature completion) to support and liaise with the legal teams of CSIC and partners’ counterparts.

• Experience on the financial aspects of project coordination to support fund transfers and financial claim resolution in collaboration with the financial representatives of CSIC and partners’ counterparts.

• Fluency in English and Spanish, both written and spoken.

• Experience in science dissemination and outreach would be a plus.

We are searching for a candidate that is:

• A two-year contract potentially renewable for 6 or 12 additional months.

• An office and services within the CSIC-MNCN building in Madrid.

• Reduced journey of 25 or 18 working hours per week (negotiable), with flexibility to undertake part of the work from home.

• Contract expected to start towards the end of March or April.

• a complete CV matching the post requirements (no longer than 4 pages);

• Two names of people who can provide references about the candidate;

• The documentation can be sent in English or Spanish.