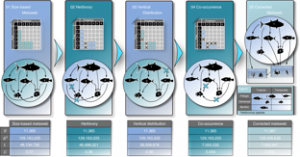 The productivity of marine ecosystems and the services they provide to humans are largely dependent on complex interactions between prey and predators. These are embedded in a diverse network of trophic interactions, resulting in a cascade of events following perturbations such as species extinction. The sheer scale of oceans, however, precludes the characterization of marine feeding networks through de novo sampling. This effort ought instead to rely on a combination of extensive data and inference. Here we investigate how the distribution of trophic interactions at the global scale shapes the marine fish food web structure. We hypothesize that the heterogeneous distribution of species ranges in biogeographic regions should concentrate interactions in the warmest areas and within species groups. We find that the inferred global metaweb of marine fish—that is, all possible potential feeding links between co-occurring species—is highly connected geographically with a low degree of spatial modularity. Metrics of network structure correlate with sea surface temperature and tend to peak towards the tropics. In contrast to open-water communities, coastal food webs have greater interaction redundancy, which may confer robustness to species extinction. Our results suggest that marine ecosystems are connected yet display some resistance to perturbations because of high robustness at most locations. 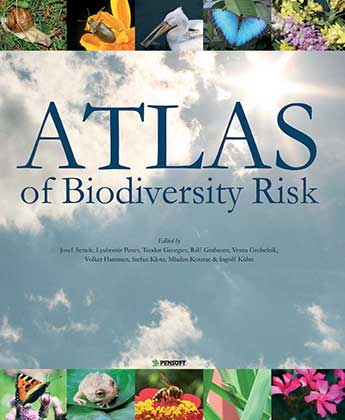 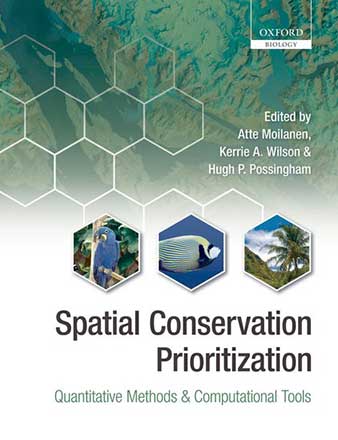