You are here: Home / Archives for Awards 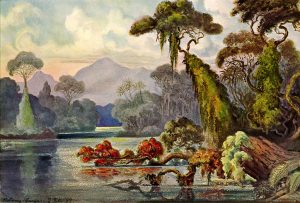 Ernst Heinrich Philipp August Haeckel (16 February 1834 – 9 August 1919) was a German biologist, naturalist, philosopher, physician, professor, marine biologist, and artist who discovered, described and named thousands of new species, mapped a genealogical tree relating all life forms, and coined many terms including ecology. It comes with no surprise that the European Ecological END_OF_DOCUMENT_TOKEN_TO_BE_REPLACED 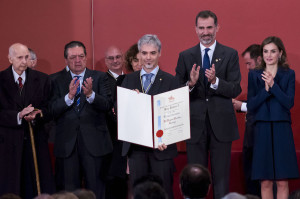 Miguel Araújo was selected by a panel including 23 Nobel Prizes to receive the 2016 King James I Prize in the category of environmental protection. Miguel won this award for his research on the effects of climate change on biodiversity and for his science dissemination and outreach activities. The King James I Prize is one of the most prestigious awards in Spain. It is awarded every year to END_OF_DOCUMENT_TOKEN_TO_BE_REPLACED 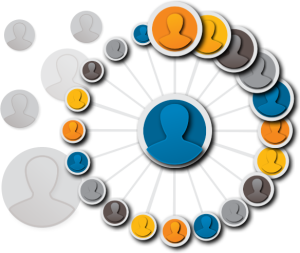 Thomson Reuters has just published the 2015 list of the world’s most highly cited researchers based on papers published and cited between 2003 and 2013. Miguel Araújo was listed for second consecutive year as a highly cited research in the category of Ecology/Environment, together with other 142 leading researchers worldwide. The 2015 Highly Cited Researchers represents some of world’s most END_OF_DOCUMENT_TOKEN_TO_BE_REPLACED

As part of ongoing collaborations in the context of London's Grand Challenges in Ecosystems and Environment Initiative, Miguel Araújo was appointed Visiting Professor at the Imperial College London. "This is an opportunity to maintain and strengthen ongoing research activities as well planning new ones", says Araújo. The appointment, which carries no remuneration, will cease in August 2018. END_OF_DOCUMENT_TOKEN_TO_BE_REPLACED

Three Imperial College London academics have been presented with Wolfson Research Merit Awards in recognition of their outstanding scientific achievement. The awards announced by the Royal Society provide five years worth of funding to UK based scientists as an accolade to their exceptional and ground-breaking research. This year 21 awards have been announced across the UK and three of those END_OF_DOCUMENT_TOKEN_TO_BE_REPLACED

On the 8th of October 2013, Miguel Araújo travels to Berlin to receive the Ebbe Nielsen Prize at the GIBIF (Global Information Biodiversity Facility) Governing Board meeting. This prize is given annually to researchers that "combine biosystematics and biodiversity informatics in an exciting and novel way". END_OF_DOCUMENT_TOKEN_TO_BE_REPLACED

Unable to attend the IBS (International Biogeography Society) in Miami in January 2013, Miguel Araújo could not receive the MacArthur and Wilson Award from the hands of Prof. Robert Ricklefs. Today, the Award was brought to him in the mountains north of Madrid. "I am thankful to the IBS for this tremendous honour" said Araújo. END_OF_DOCUMENT_TOKEN_TO_BE_REPLACED