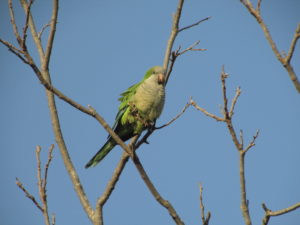 In 2005, the European Union imposed a ban in trade of wild exotic species as part of a package to control the sprea

d of avian flu into the Continent. In a paper published in Science Advances we demonstrate that the ban reduced fluxes of trade in about 90%, from 1.3 million to 130 thousand birds traded.

This mighty achievement had non predicted consequences: the market adjusted and new fluxes of international trade were opened or incremented. While most trade pre-ban were directed from Africa towards Europe (chiefly Belgium, Italy, Netherlands, Portugal, and Spain), Mexico, the US, and China now rank high as receptors of wild exotic species.

In other words, risk of biological invasions and spread of diseases by birds was dispersed and diverted to other parts of the world, some of which are biodiversity hotspots.

This study demonstrates that in world where new walls are being built and isolationism is back to the political discourse, international coordination is needed more than ever if environmental and human health problems are to be addressed.